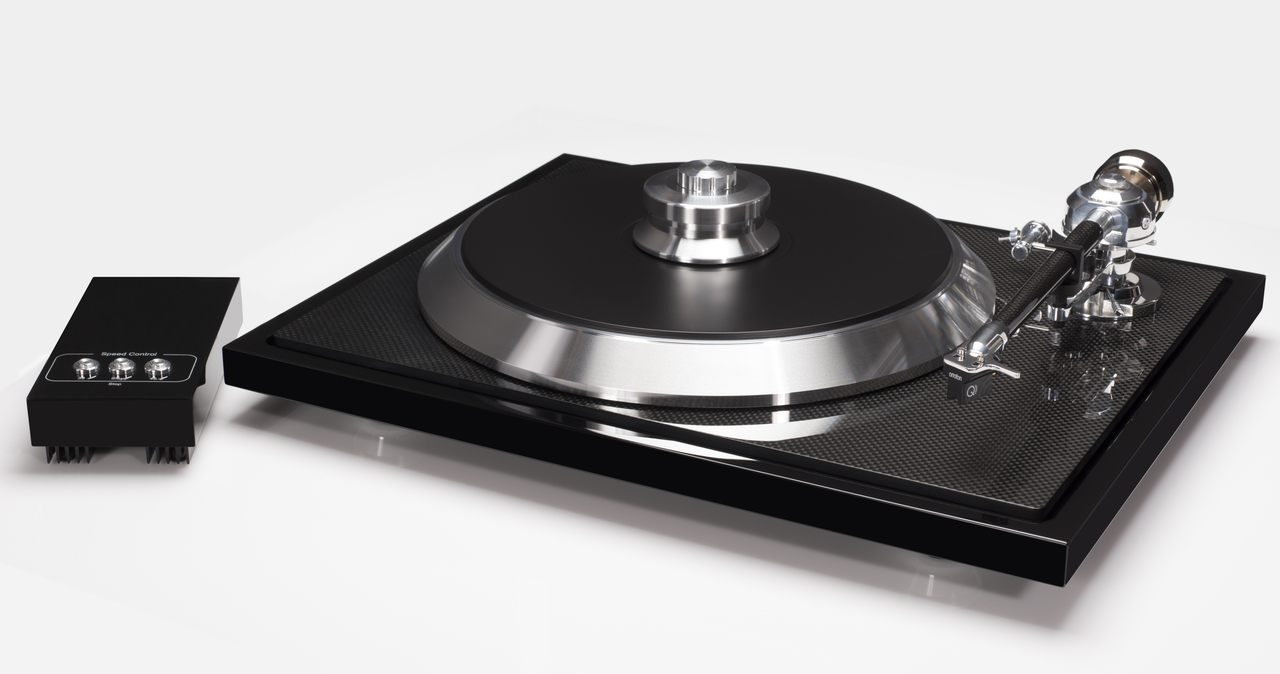 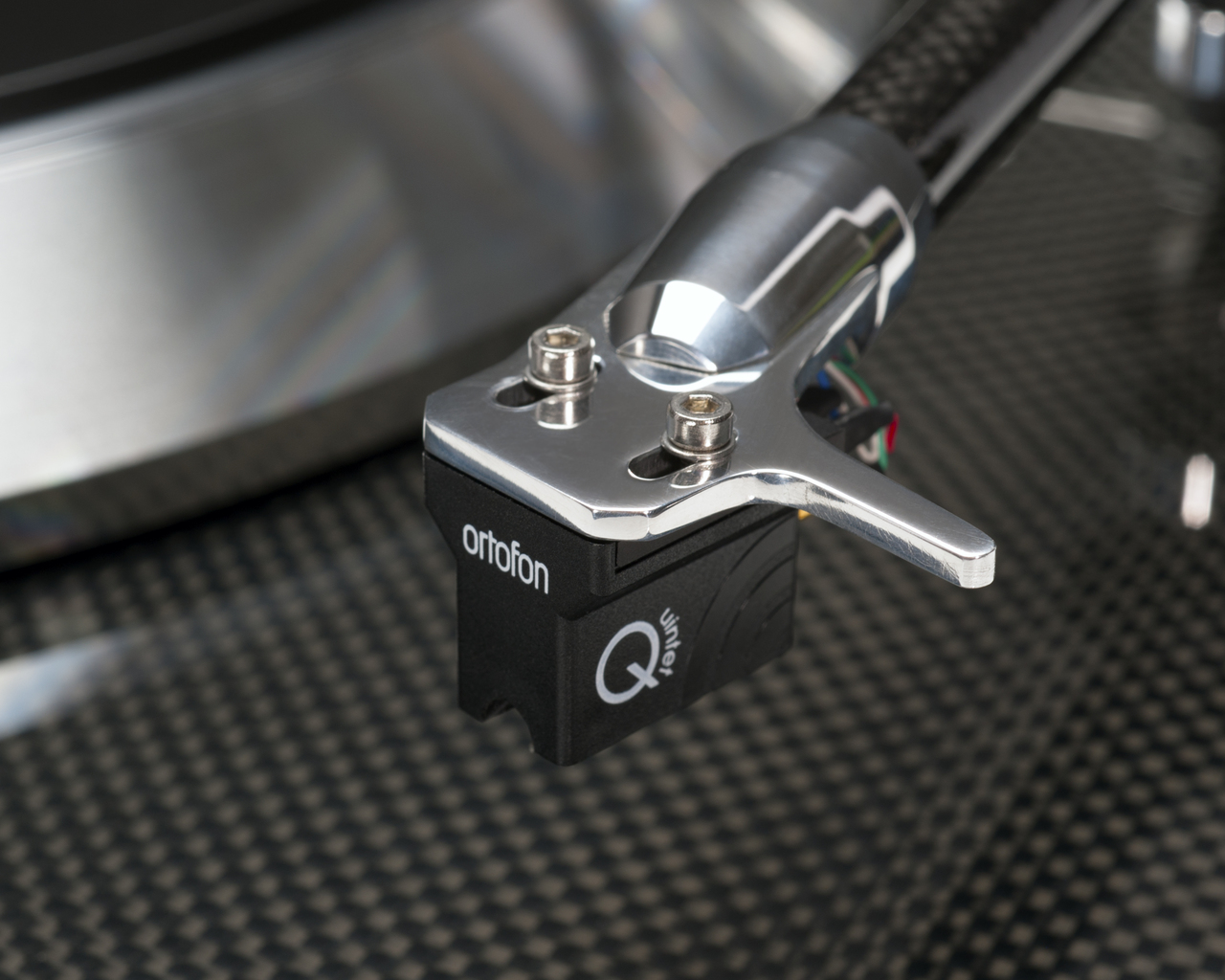 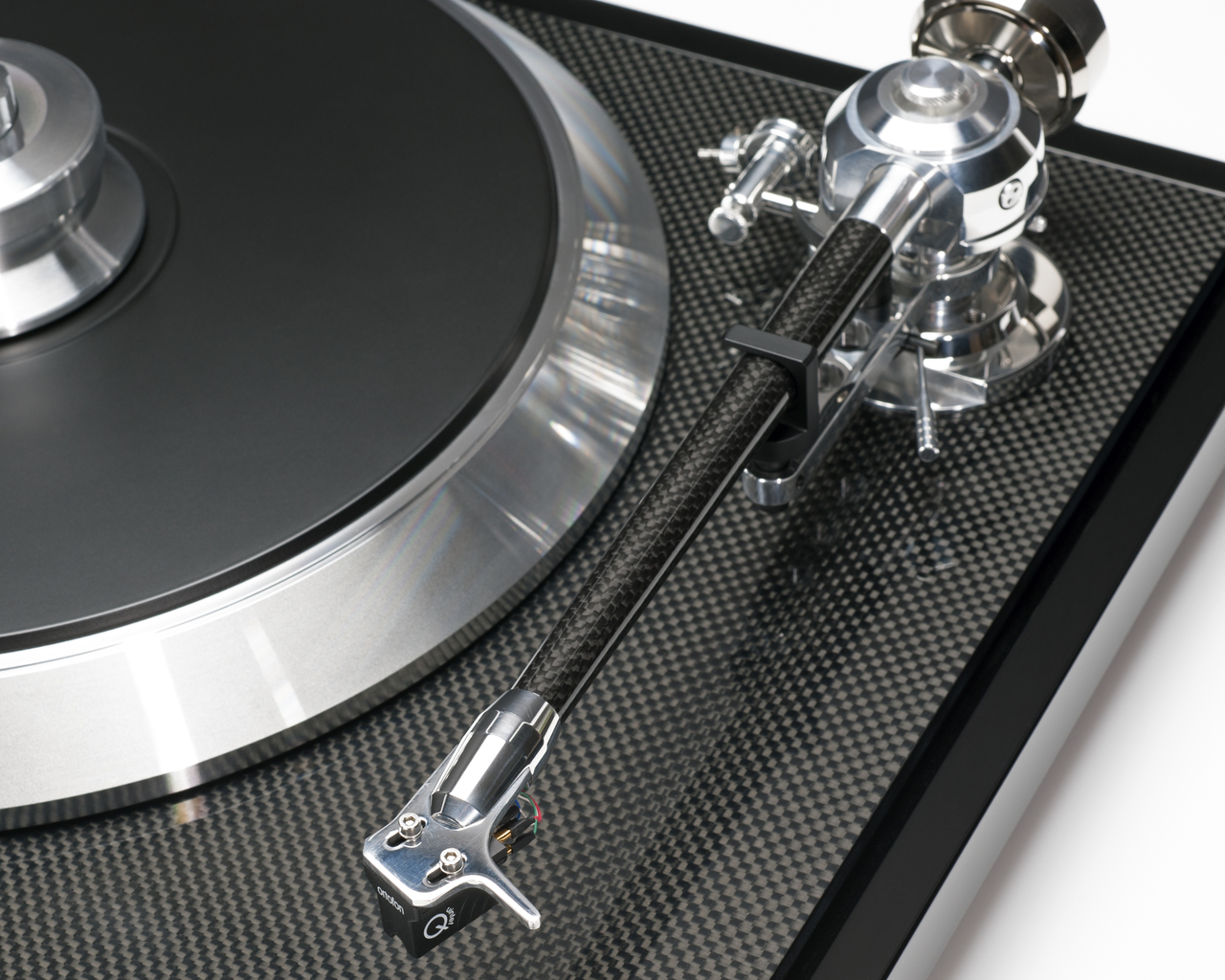 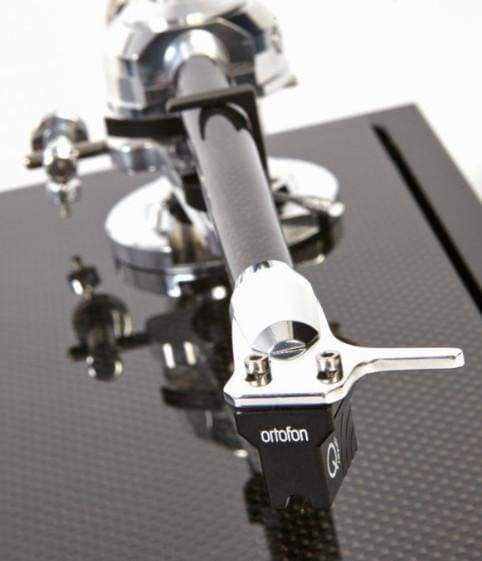 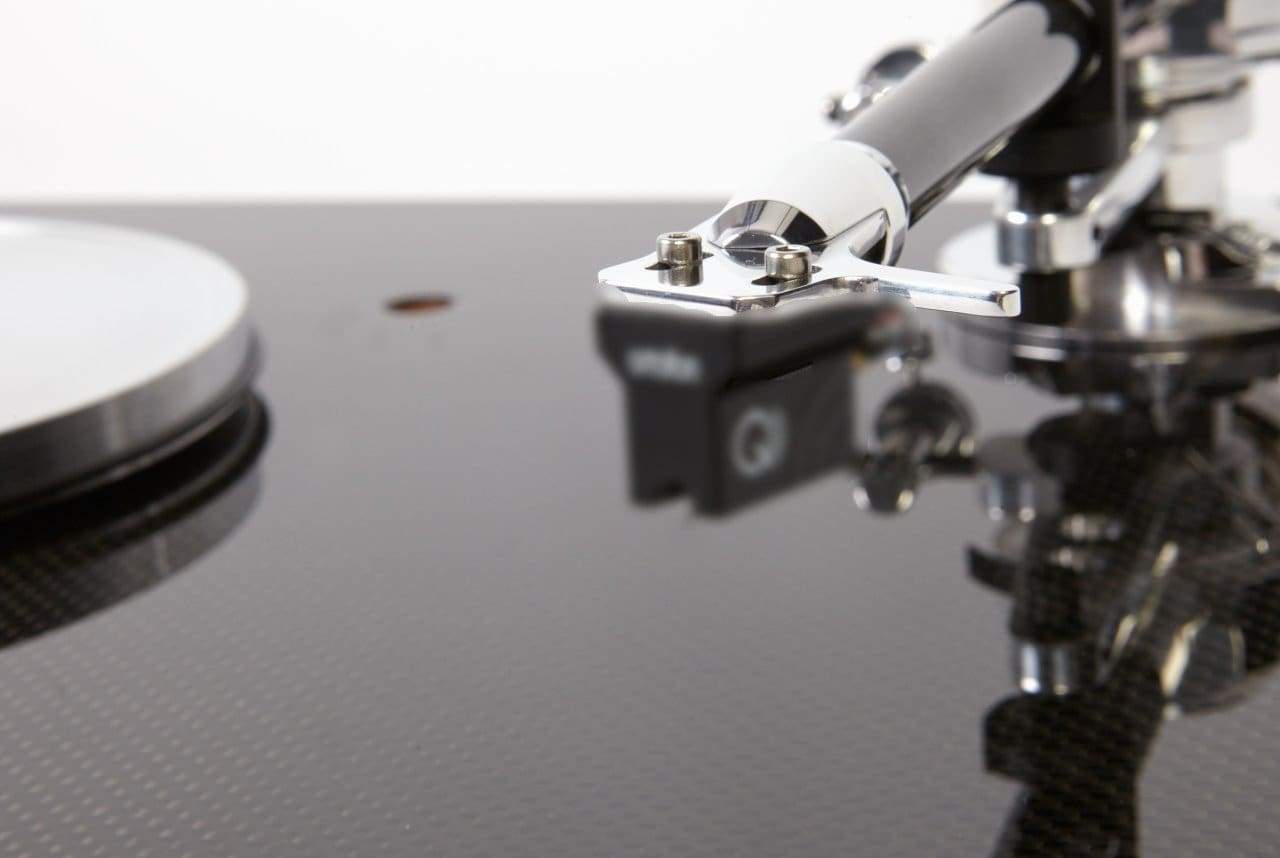 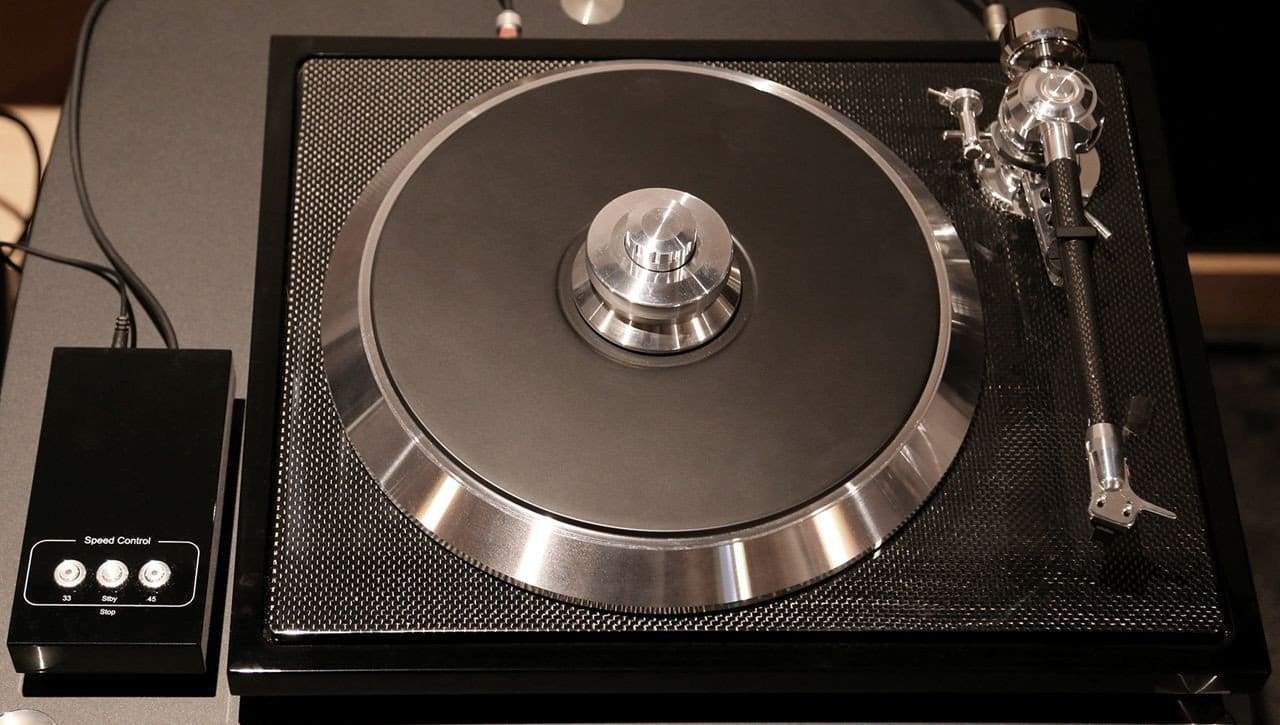 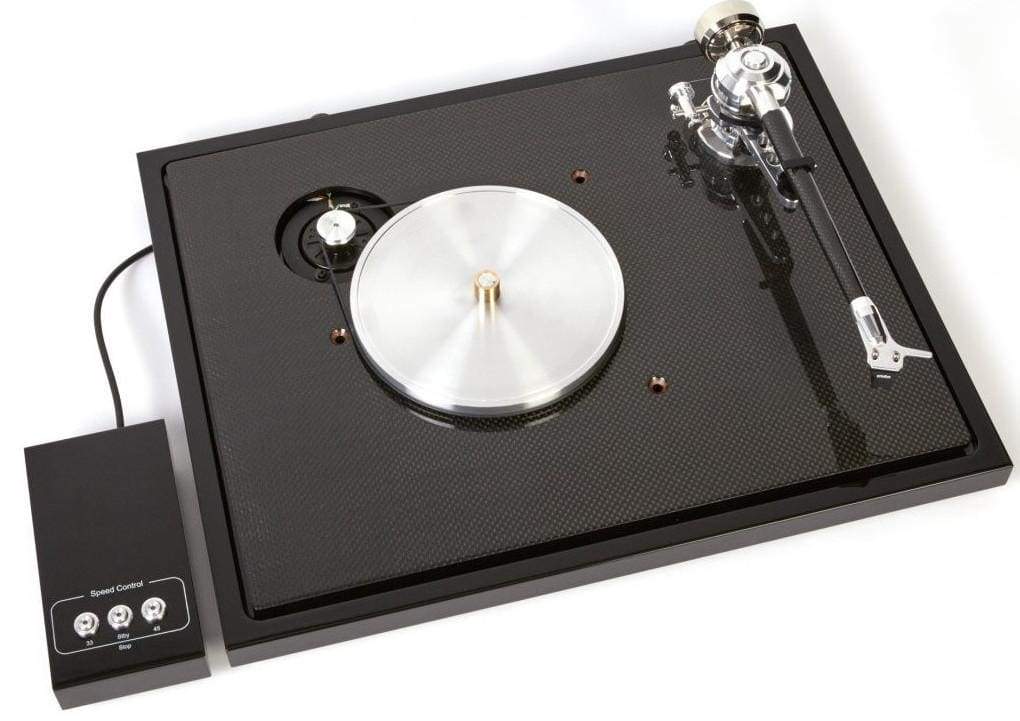 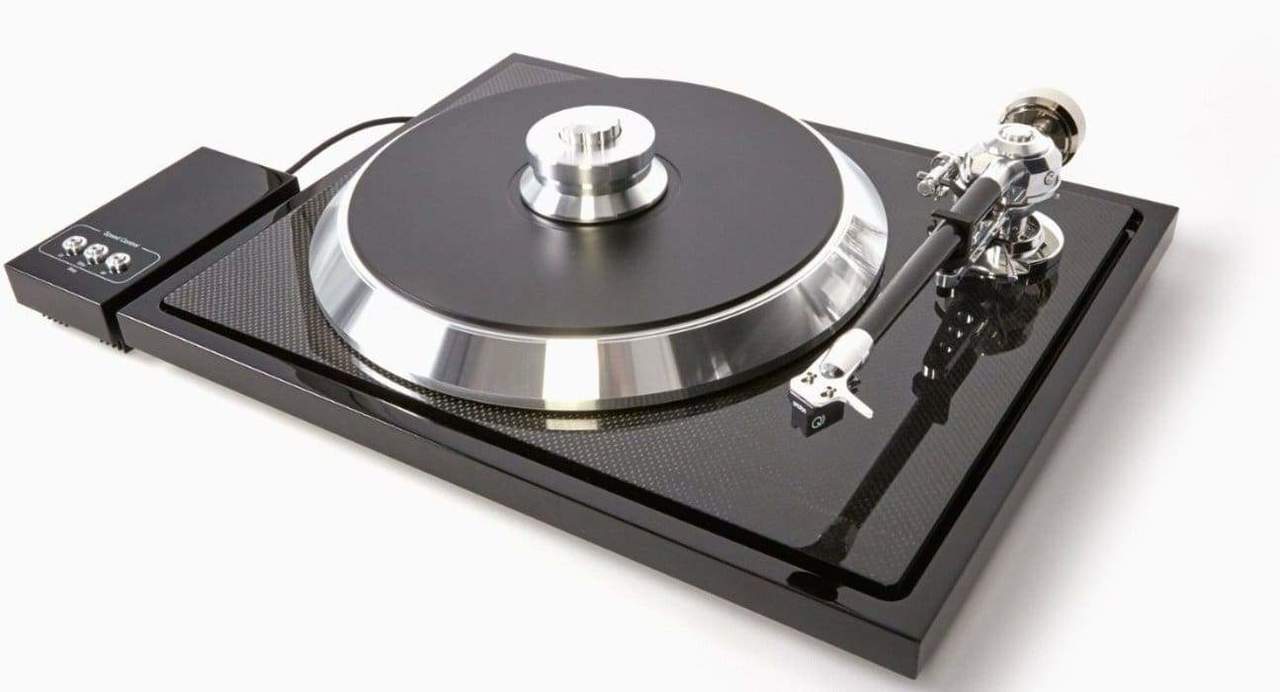 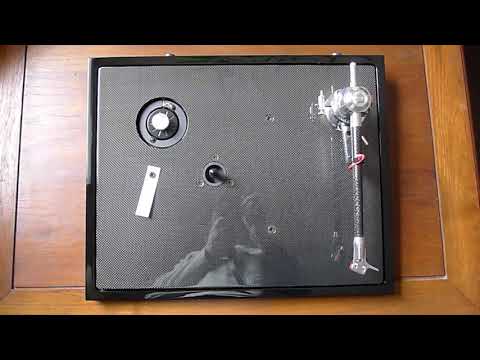 EAT Turntable C-Sharp is Affordable Excellence with Ortofon Black 50% when purchased together.

Available for In-Home Demo if you Live in Portland, Oregon 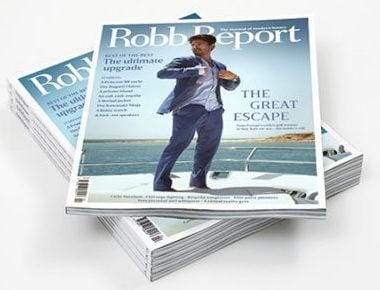 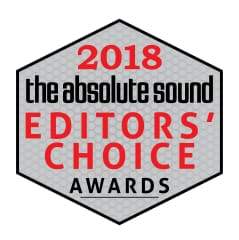 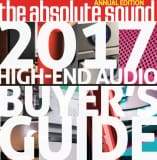 "The EAT turntable performed so superbly and was so inexpensive that the audiophile may build a near state of the art system with the C-Sharp at its core. How about that: phono reproduction with amazing sound, easy to setup and tweak, and all at reasonable cost!

… a tour de force from A-to-Z. The arm tracks on ABEC 7 bearings, the same bearings used in the SME V! No better bearings are available on the planet Earth.
Considering that the EAT C-Sharp is some $1000 less than at its introduction, one can afford to build out a stellar phono system using it as the core turntable. My friends, it is really that excellent and looks much more expensive. I cannot imagine a better table under $7000 or $8000 for a table, NOT including the arm. Included is a precision EAT 10” arm that makes many well-thought-of, well known artisan arm efforts look cheesy and inflexible. I would pay $3000 just for the arm!
If you want virtually state-of-the-art phono playback for under $10,000, including cartridge, build your system starting with the time-tested EAT C Sharp Turntable and Arm Combo at its heart. The EAT C-Sharp Turntable Combination is that good! The EAT C-Sharp Turntable is the key piece and a no-holds-barred winner…My highest recommendation." - Bob Levi

"Affordable Excellence... A high performance turntable for the rest of us. Indeed, I found myself spending more time listening to complete albums during the review period than what I originally allocated" writes Andre Jennings in Absolute Sound Magazine August 2015.

Price INCLUDES Arm! The looks, finish and performance of the new EAT C-Sharp turntable is astonishing to say the least. The reviewers are raving about this turntable that offers an incredible value in turntables within this price range. Truly stunning looks, carbon fiber, REAL AC motor controller (no whimpy, noisy wall wart). A high performance turntable at a moderate price.

The C-Sharp is the latest offering from European Audio Team.  The design starts with a super thin base built up of two sections offering incredible stiffness and setup flexibility. The base section is constructed of the highest density MDF then finished is high gloss piano lacquer. The second top section is built from high tech Carbon Fiber which offers great strength with the advantage of energy damping creating a super quiet, beautiful design.

Like all other European Audio Team platters, this one is high mass and built up of two bonded materials: machined alloy and vinyl. This allows for the advantages mass adds to speed stability with both the greatest energy transfer from the record while quieting via the dual materials.

The tonearm is an entirely new design which combines the advantages of a Uni-Pivot with that of a Cardan design. The Uni-Pivot in the middle helps reduce bearing loading while the  Cardan bearing insures high stability and very low friction. Additionally, this design uses a special silicon-based grease to damp the tonearm reducing resonances by more then 50%.

Motor control is done by way of an external speed control network with Stop, 33-1/3 and 45 RPM settings. Speed control come by way a special microprocessor unit insuring great stability and fast operation. This module is then connected to the rear of the turntable by was of a 5-Pin Din plug.

European Audio Team (E.A.T.) began as an offshoot of the famed VAIC valve company in Slovakia. Following work in the VAIC factory starting the late 1990’s, founder Jozefina Lichtenegger (then Krahulcova) began E.A.T. At the time she worked closely with the Tesla tube company for OEM manufacturing where two years later she purchased their factory, all equipment and moved them an all new 300 square meter factory in Prague, Czech Republic. Today E.A.T. continues to manufacture what are arguably the finest KT88 and 300B valves available today as well as their famed Cool Dampers.

In 2009 with husband Heinz Lichtenegger of Pro-Ject and Box Design fame, Jozefina launched her first turntable, the Forte, during Munich High End. As luck would have it, Kevin Wolff (Founder and President of VANA Ltd.) was there and helped set this first prototype up with the great Ikeda 12” tonearm and a reference VdH phono cartridge.

The new Forte had many new features. Most obvious was a super high mass platter that rather than building it tall, the design actually moved the mass to the outer edge beyond the record edge thus effectively increasing the effects of this mass. To reduce bearing friction (noise), mounted in the underside of the platter and in top of the plinth were placed extremely large opposing magnets that lift or help support this large platter effectively reducing bearing pressure. Simply put, the platter gains speed stability afforded by a high mass platter while the magnets reduce the negative effects of this high mass.

After the successful launch of the Forte in 2009 came the new smaller footprinted sibling the Forte-S in 2010 and then in 2012 the all new E-Flat. Interesting is the fact that the E-Flat was the first design produced by E.A.T., but due to technical evolution, it was the last of the three to be released.

Building off of the high-mass platter with efficient outer-edge optimization, the E-Flat introduced a new tonearm design that is thoroughly flat. While similar designs had been attempted prior, it took E.A.T. with their R&D resources to combine new materials into a finished product that both looks great but more importantly sounds even better.

In each of these first three turntables, E.A.T. has continued to amass worldwide acclaim. Beginning in 2010 the Forte received Product of the Year in Analog Grand Prix (Japan) with the Forte-S receiving Product of the Year in Hi-Fi World (UK) and MJ Magazine (Japan). In 2012 the E-Flat received the famed Diapason award (France) and Highly Recommended in Hi-Fi News (UK). 2013 saw the Forte receive what is one of only two single product covers in the prestigious Stereoplay magazine (Germany) where it remains their top rated turntable to this day.

Beginning in early 2015, E.A.T. has begun to further its design process with the introduction of the all new C-Sharp. The C-Sharp not only represents the introduction of another all new in-house designed tonearm, but also an expanded application in new carbon fiber technology. In the case of the C-Sharp, the carbon fiber is not used as a decorative feature, but is an integral part of the technical design. Nearly immediately post the introduction of the C-Sharp, it has already received several accolades including the cover of The Absolute Sounds special Analog Issue (US), Highly Commended by Hi-Fi News (UK) as well as the cover of their January 2015 issue.

The Absolute Sound Review"Affordable Excellence... A high performance turntable for the rest of us. Indeed, I found myself spending more time listening to complete albums during the review period than what I originally allocated" writes Andre Jennings in Absolute Sound Magazine August 2015. 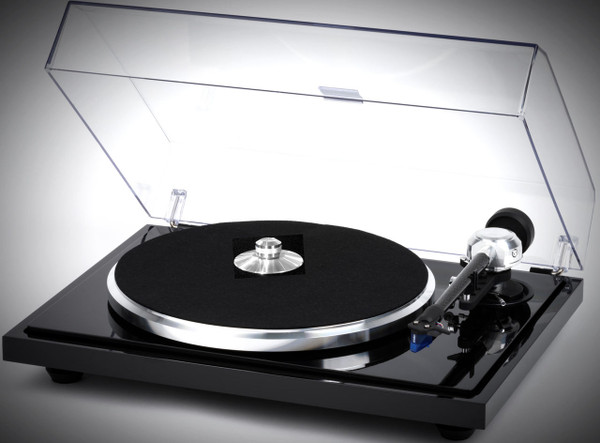 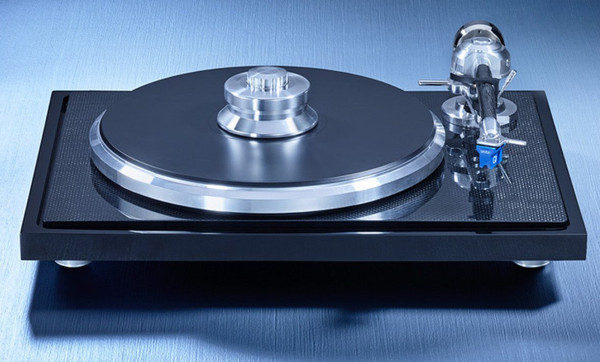 NEW EAT Prelude Turntable. NOT What You're Thinking. 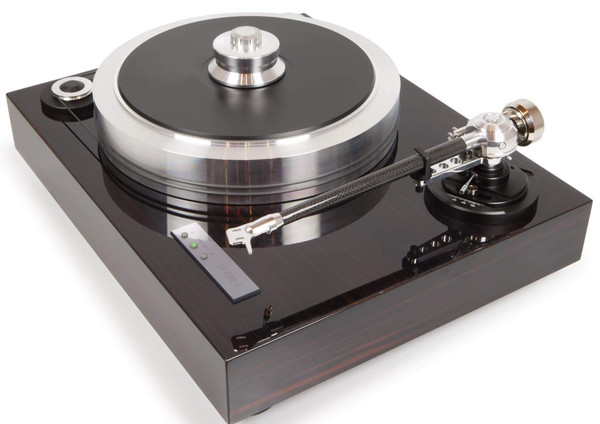