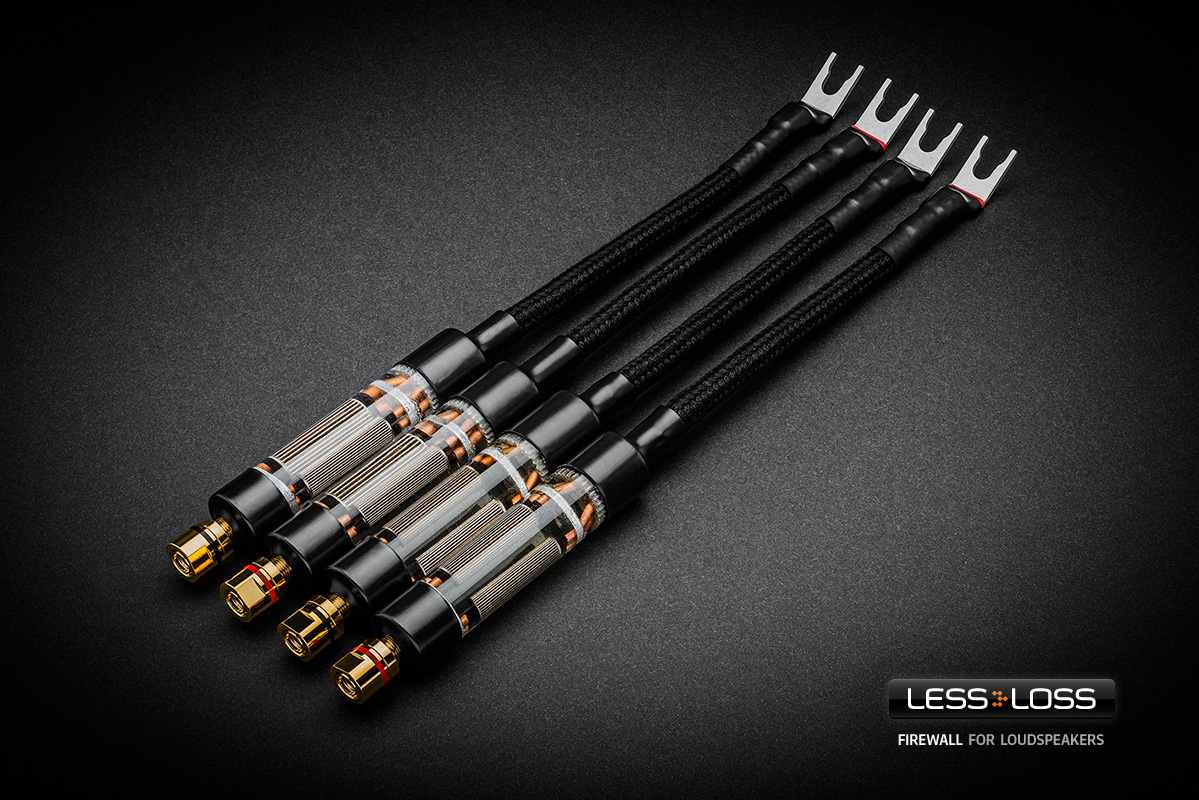 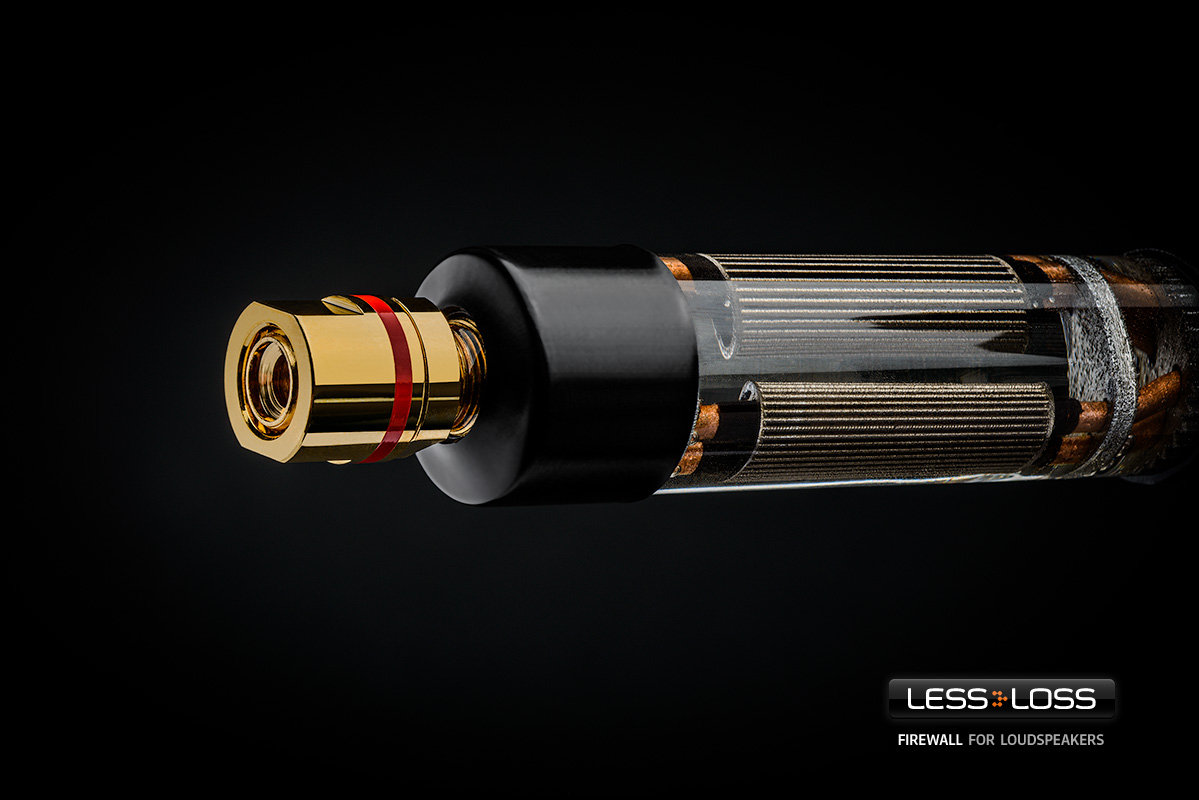 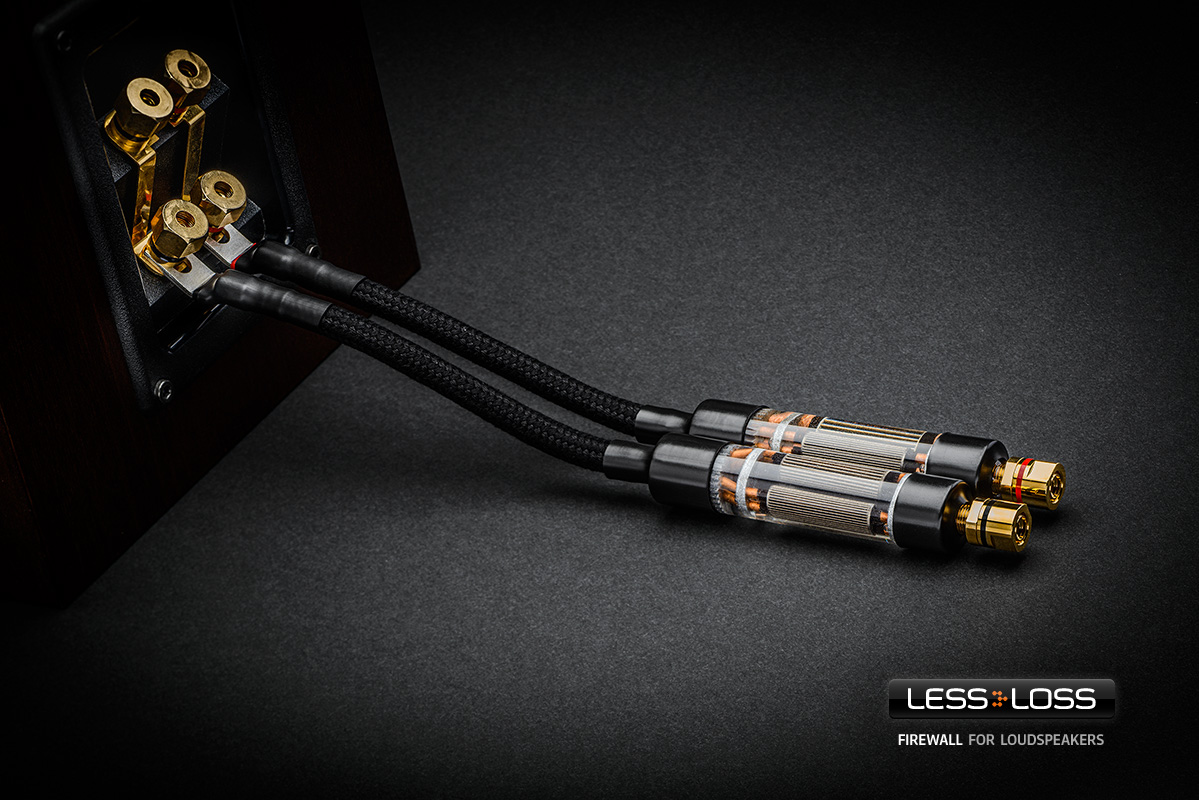 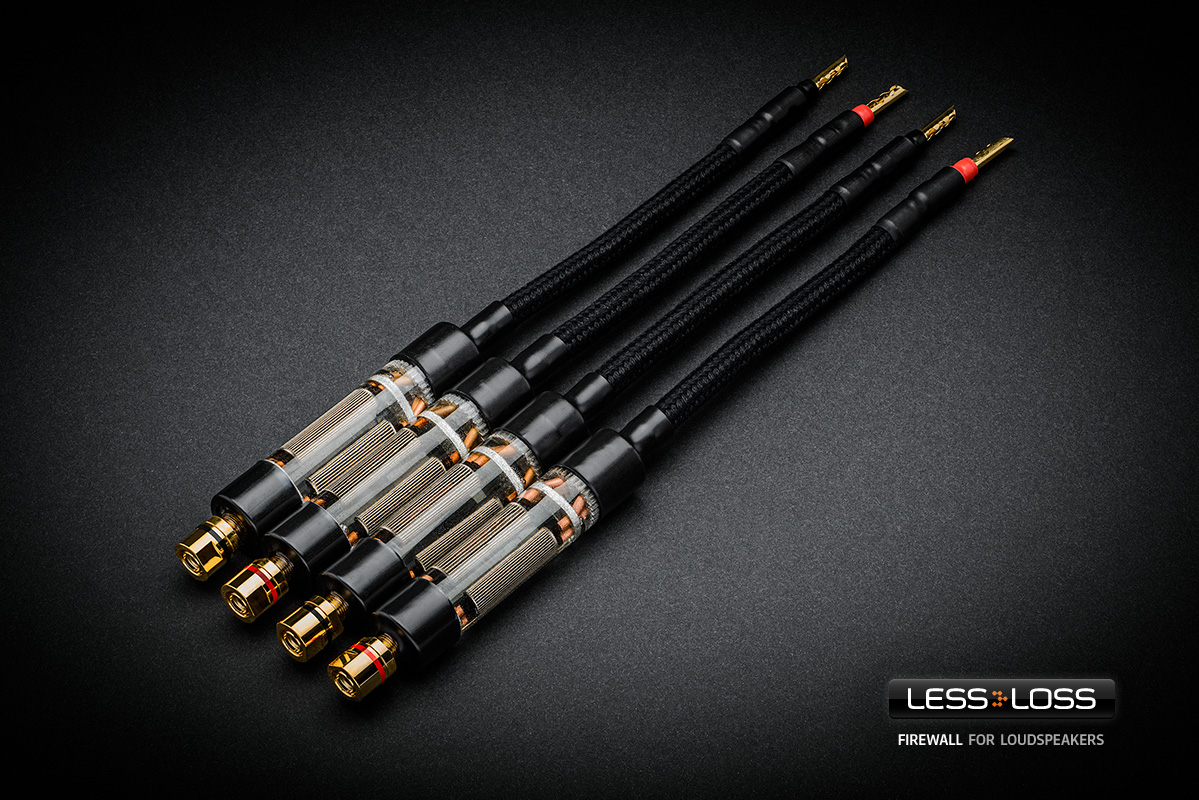 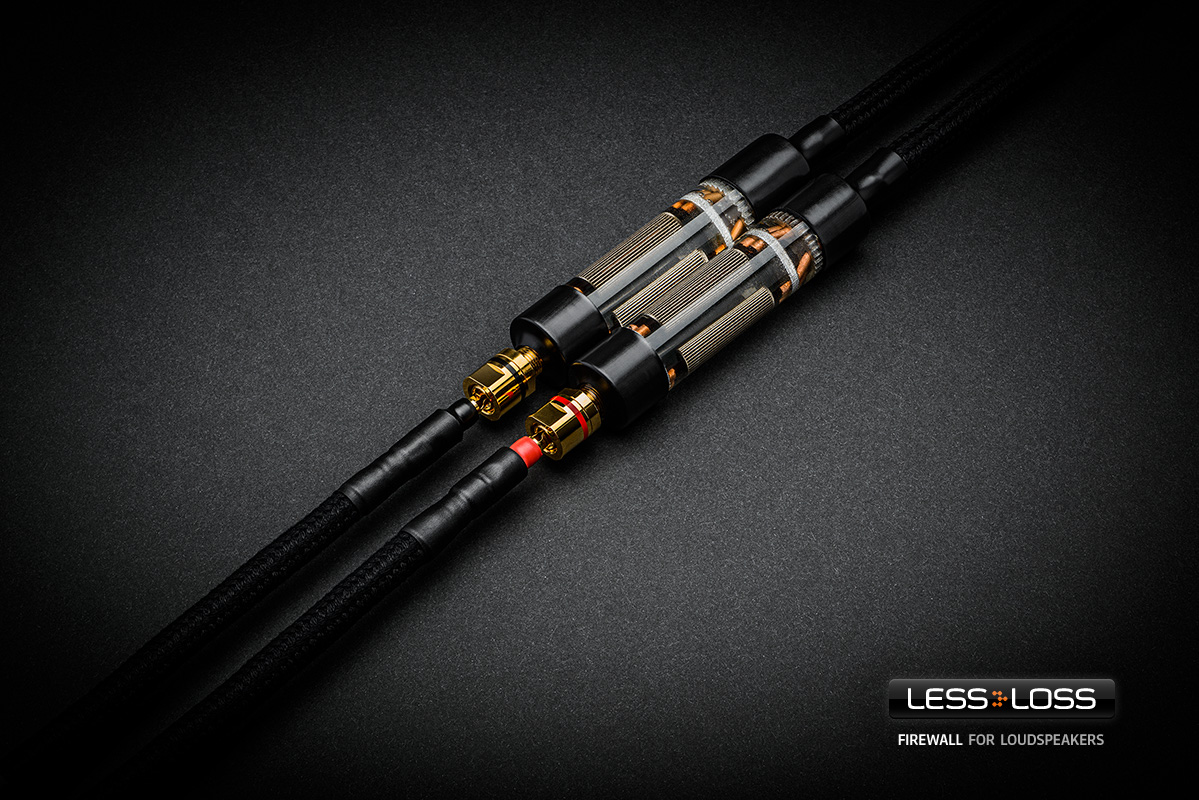 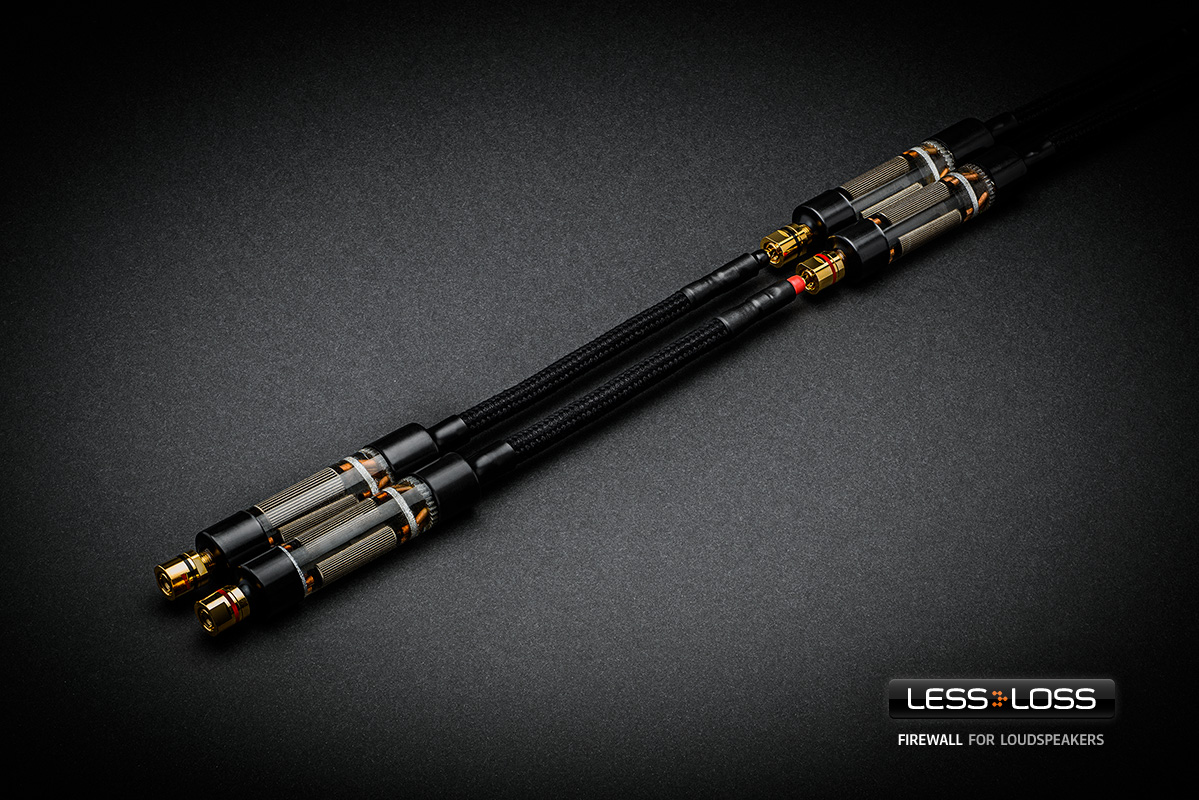 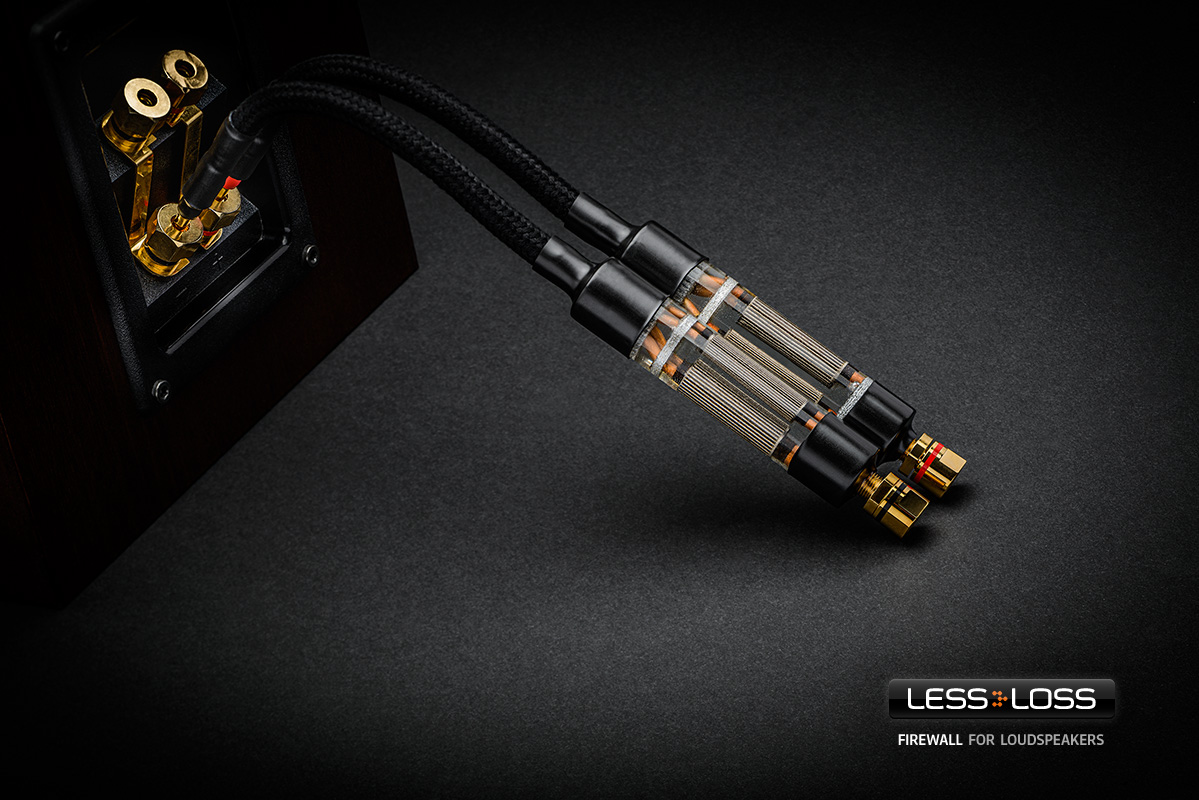 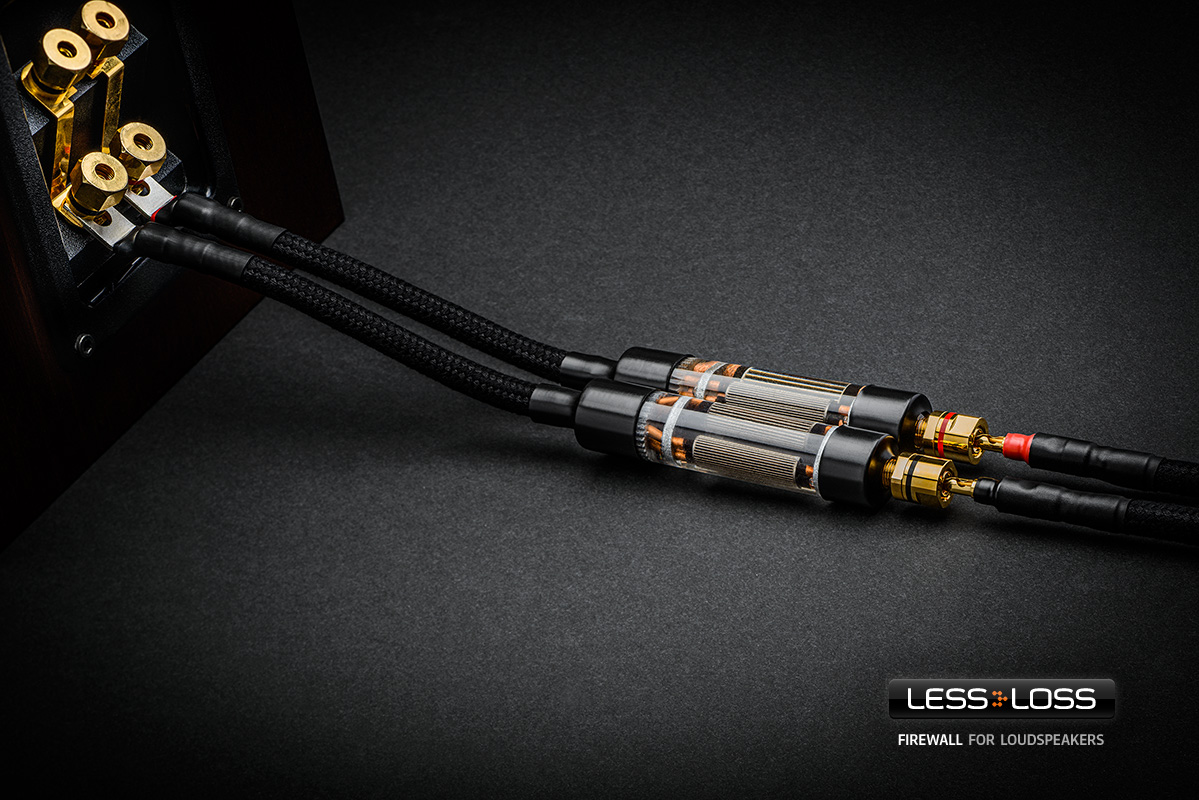 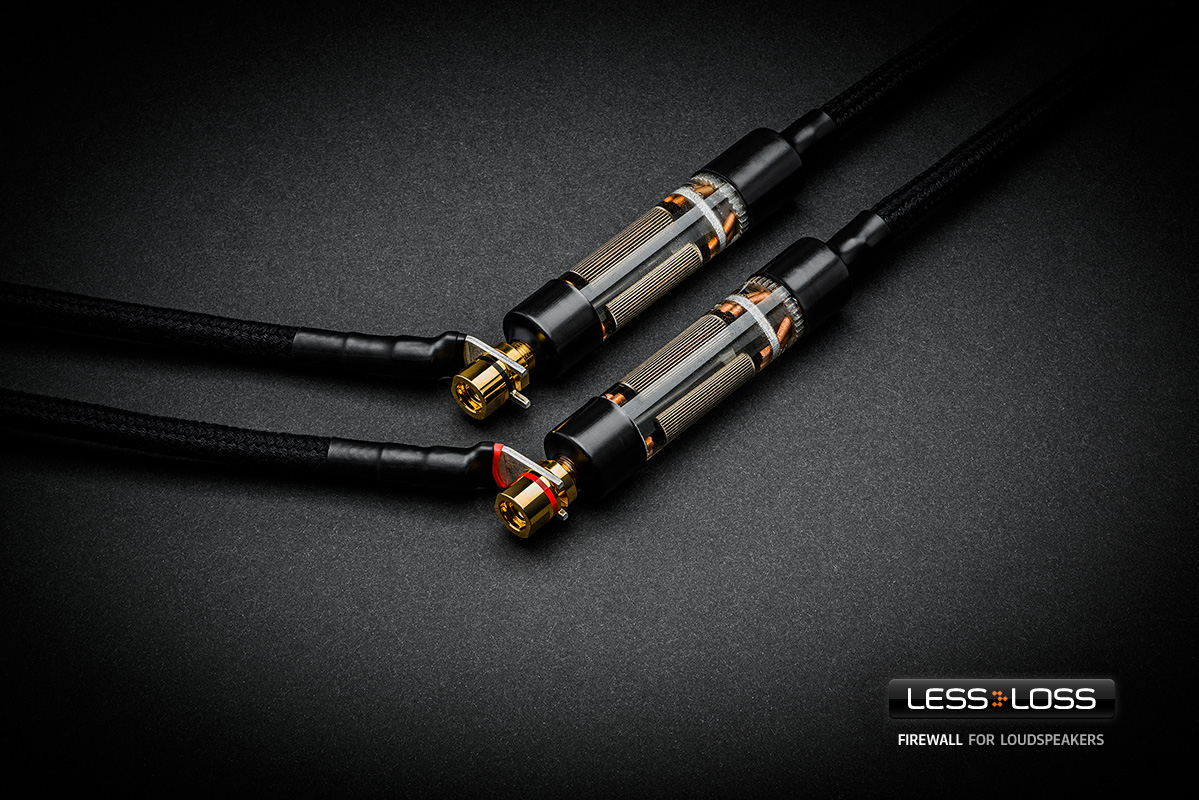 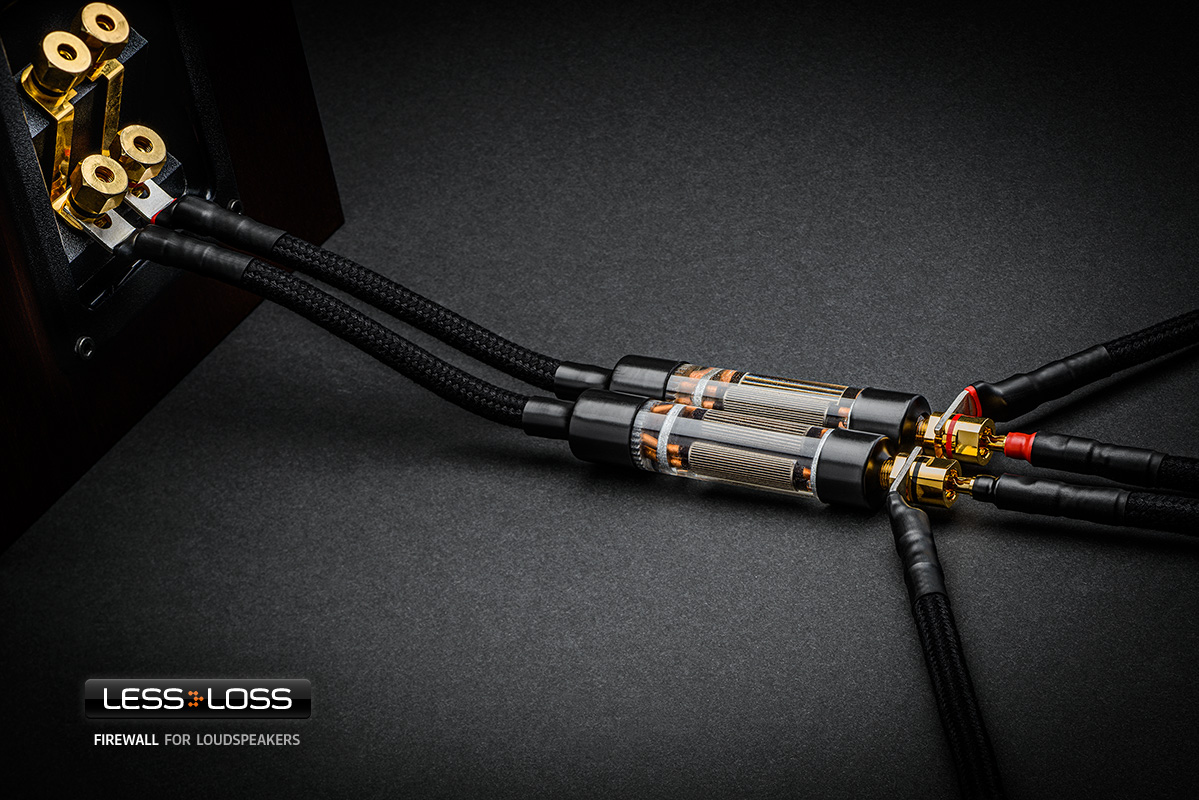 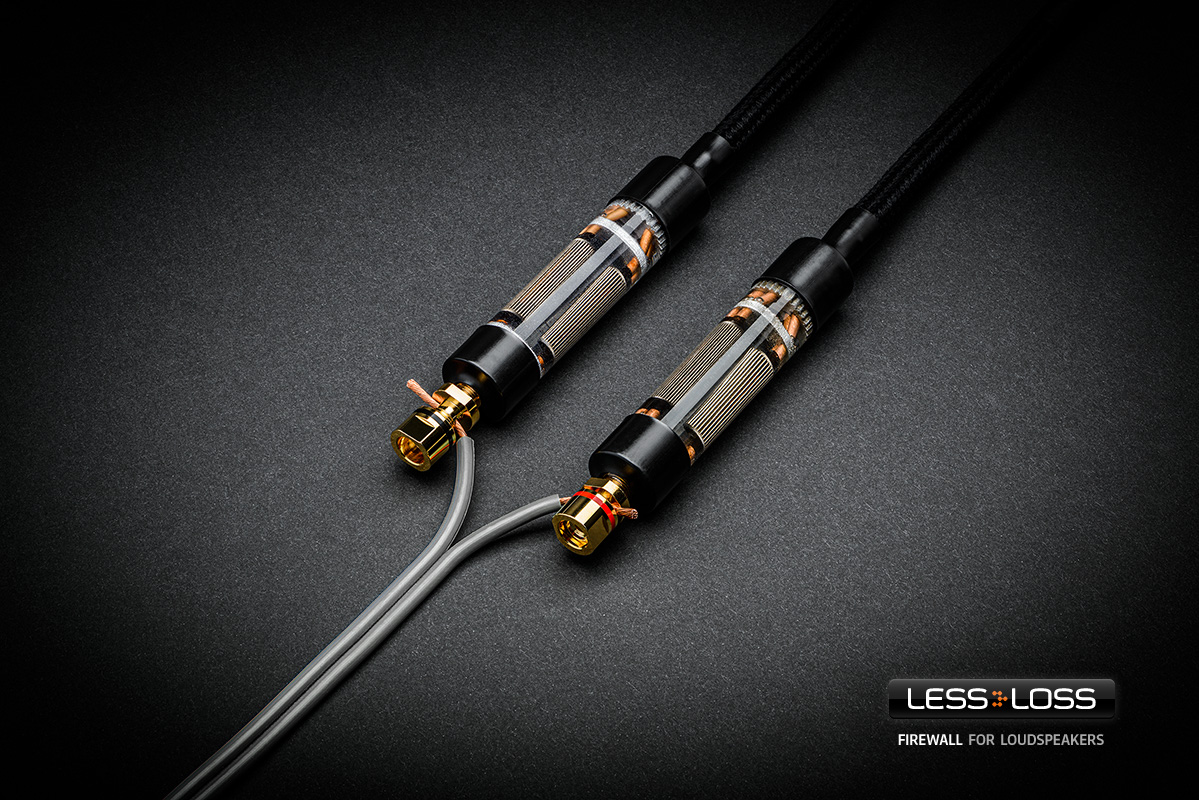 LessLoss Firewall for Speakers. Loved by All Who Hear Them.


We have consistently listened to audio cables in a quest to find the ultimate performance for price. We've known about the vaulted LessLoss line for a while and now we have become one of only 2 dealers in the U.S. to be given the privilege to offer the full line. A little much gushing? You won't think so when you hear them.-- TA

Note*  Price is for a One Pair.

We cannot begin to get into all the details of what makes, no kidding, every single person who hears these buy them. In some regard, it borders on audio voodoo or or overhype. Yet, perform they do and take any cable (preferably LessLoss, of course) to its and your speakers sonic limit. People are shocked by the heights LessLoss Firewire for speakers take their cables and speakers to - immediately. This includes people who paid enough for their cables to be able to buy a car for the same price.

"This is definitely the cable to go for. It will literally blow you mind." PureSound Magazine

"The LessLoss cable loom helped me hear more deeply into recordings . . . a high compliment for any piece of audio gear." by Mark Blackmore | The Audio Beat 2019 Read Full Review Here

“The Less Loss C-Mark range is the most appealing and effective cabling and power treatment I have ever found at its price point and at those 2x or 3x above. To get to the punchline, a complete set — interconnects, speaker cables, digital coax, power cords, and C-Mark 64x for each component — delivered in my system (1) more focus and coherence around vocals and instrumentation along with a larger soundstage (2) less harshness around some highs; and (3) rich but controlled and tighter bass. The biggest improvement, however, is in the overall musicality and listening engagement which is MUCH higher with the C-Mark cable set for every genre of music I tried. The cabling allows the listener to shift focus from the cerebral aspects of critical listening in which each part of the musical performance is considered in a piecemeal manner to simply enjoying the music. For any one who values their system and is open to improvement, an audition of the full C-Mark kit is highly recommended and I would say should be nearly a requirement for anyone starting a system from scratch.

For those for whom some more detail might be of interest — I currently have three high end systems, each with a different character. Over the years, I have seriously listened to a dozen different brands of cabling and power conditioning at a range of price points commesurate with the level of investment in each overall system. Virtually all sets of cables were above the price of a full C-Mark set -- at times many multiples above. Each set of cables had pros and cons and some stayed in each system and when they did, it would be the full set of cables for coherence. Often moving from one set cables to another in each system usually changed one or two aspects of the presentation of the music. At times, while there was shift, the “net” result was not an improvement in my judgement. Other times, there was a “net” improvement but there remained a weakness in some aspect. The “best” cabling in my judgement lowers the noise floor of the system and “stays out” of the way as much as possible.

In many circumstances, the specific character of a set of cables can be used to compensate for the opposite characteristics the components possess. For example, “bright” cabling can compensate for a “dark” set of components. In my experience, this approach always leaves a sub-optimal net result but may be the most practical approach given the components in question. C-Mark’s character is neutral and I could not discern any particular emphasis the cables brought — they were not brighter or darker; they didn’t accentuate one part of the recording over the others; they did not appear to be faster or slower than other cables etc. Their main effect was to increase the effortlessness and fluidity of the music while improving the coherence and size of the soundstage. Imagine a sort of haze around the band or orchestra members that other cables impart or allow — C-Mark simply eliminated the haze (and occasional harness around some highs). In this sense, I believe C-Mark is likely eliminating various types of noise and interference present within and among the comments of the system, letting each play its role in the music delivery with minimal negative artifacts introduced. The net result was a notable increase in musicality and engagement with the music.

For anyone considering C-Mark one step at a time, my suggestion would be to start with either speaker cables or power cords. If it is possible to audition the whole set, even if finances may preclude the purchase of a whole set at once, I would recommend doing so, so that the full potential of the system in question can be heard with comprehensive C-Mark cabling.

For any skeptics reading this, I had no interest in changing the cabling in any of my systems which were all performing well. My U.S. dealer offered to send me a C-Mark set at his expense just to see what I thought. In the end, the overall effect was so profound I purchased the full set — they were that good. At the C-mark price level, and at many price levels above, I have not found a better set of cabling that works equally well with tubes and solid-state, high efficiency horns and low efficiency two-way etc. C-Mark lets the inherent quality of whatever you have shine through to its fullest.

"I wish I could have used [these] to teach this concept to my students."
April, 2019, author: Mark Blackmore, music educator
"I was immediately surprised at how much more information was spread across my living room. Reverb went on forever and the whole soundstage of the prelude seemed much larger and deeper."

"The LessLoss interconnects certainly revealed more detail than I thought possible from my DAC, and it occurred to me that until then, I hadn't really heard all that the BorderPatrol DAC had to offer."

"Improved resolution and focus in the upper bass and lower midrange."

"I could more clearly hear the performer's technique, the instrument's character, and the idiosyncrasies of the performance."

"I listened to Andre Previn's After Hour's with Ray Brown and Joe Pass CD [Telarc CD83302], noticing a specific benefit of this improved clarity. In music education, we teach that great jazz bass players will play on the "front side" of the beat, enhancing the excitement of an up-tempo tune without rushing the beat. Alternately, the bass player will need play on the "back side" of the beat for ballads or the blues, for that lazy, but not late, groove. On "There'll Never Be Another You", Ray Brown drives the trio with a percussive right-hand technique, always on the front edge of the beat, to propel the tempo forward. The LessLoss cables conveyed greater insight into Brown's musicianship and his ability to play a melodic bass line while also acting as the percussive drive for this drummerless trio tune. I wish I could have used a similarly revealing system to teach this concept to my students."

"The LessLoss speaker cables [on electrostatic loudspeakers] did a fine job, with improved image location and depth. Owners of electrostatic speakers should certainly add them to their audition list. They seem made for use with electrostats."

"The change was equivalent to swapping a good preamp for a really great preamp."

"Every aspect of the sound was improved, but most notable was the treble, which had been too forward before, with the tweeter being much too obvious. The improvements exceeded those in my own system, and the owner texted me many times in the following days in amazement at the effect of inserting just one LessLoss power cord. I doubt I would have believed this story if I hadn't witnessed the outcome myself. This was certainly the best sound I've heard at his house."

"Prior to adding the LessLoss cables, I had auditioned many cables in the same general price range, and one power cord that was three times as expensive. While all were well made and sounded good, none of them made my system sound better in terms of bringing performers and their craft into my listening room. The LessLoss cable loom helped me hear more deeply into recordings, and I spent more of my listening time thinking about the musician's performance rather than the sound of the system. That is a high compliment for any piece of audio gear."

"The [LessLoss] cables' inclusion in my system removed a previously unnoticed level of confusion, or noise, resulting in clearer soundstage cues, cleaner upper bass and vocals, and greater overall musical enjoyment. The results were positive enough that I'm saving my audio money to add a set of interconnects and a power cord for my BorderPatrol DAC SE." 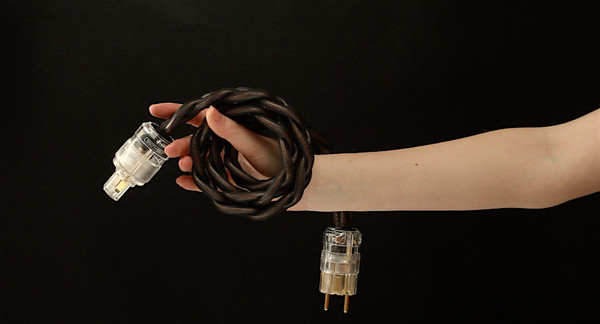 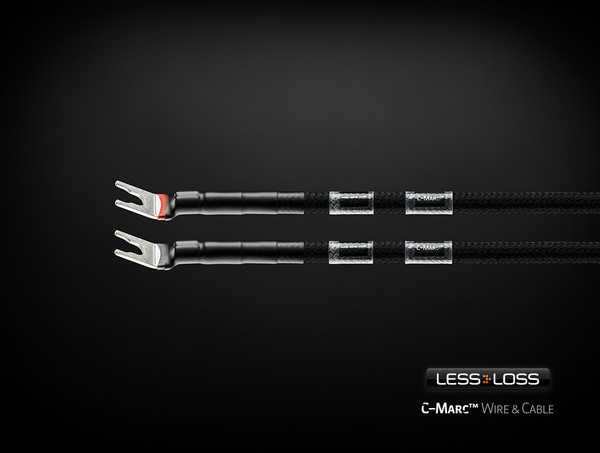 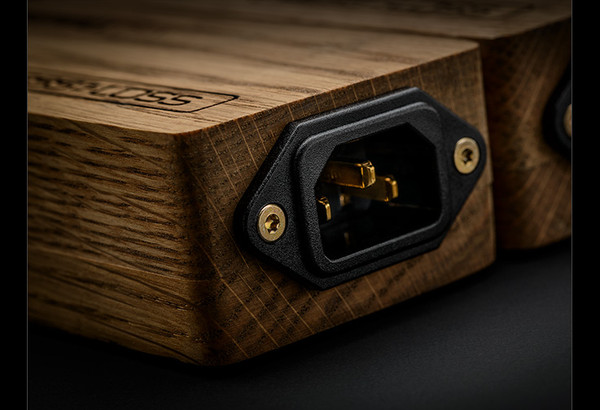 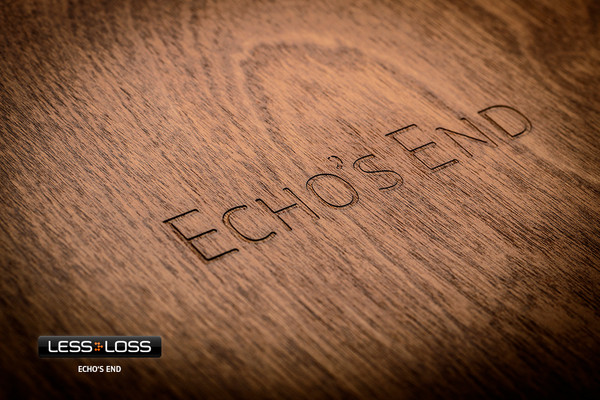