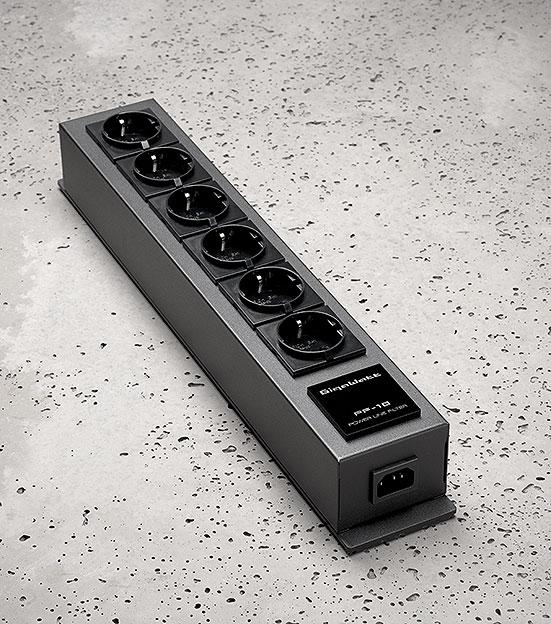 GigaWatt PF-1e Power Filtering Distribution Center is an Entry Product in all Aspects but Performance.

We're always looking for power center/conditioners that really work and work for high current applications such as amplifiers. While many companies claim you can use their power conditioners for high current ie amplifiers, we found this to not be true. It always darkens the sounds and muddies the sound stage. After looking for years to find a more affordable solution than the HB Cable conditioners, we an even better option than the one we used to carry and they performed brilliantly. We carry the full line, but are only listing a few on our site right now. They also comes with a high end power cord its really the best bargain we've found.

Comes with a power cord, these are specifically designed and manufactured by GigaWatt to optimize the performance of their strips/conditioners.

“In a mid-range audio system consisting of the Hegel H80 amplifier, the Ayon CD10 player and the Q Acoustics Concept 500 loudspeakers, the sound changes were clearly audible, especially in the treble range and dynamics. Regarding the bass range – with this strip it gained on contours and became more readable. Of course, these changes were not as intense as in the case of the recently tested PC-2 EVO + conditioner, but they are so audible that they can satisfy especially people who have contact with this type of accessory for the first time.”

“The power strip GigaWatt PF-1e has a positive effect on the sound quality of the stereo system and even the TV picture. This is noticeable enough and you can get used to it so quickly that after a few days, returning to power the system straight from the socket, you will feel the discomfort enough that you will quickly want to return to power using the PF-1e. The desired effect can be obtained with the version equipped with the company’s LC-1 MK3 power cable, and the LC-2 MK3 cable will bring even bigger changes. The PF-1e strip is recommended above all to people for whom the priority is to protect audio-video devices, but also to improve the quality of sound and image.” – Arkadiusz Ogrodnik HiFi Choice

The PF-1e is a simplified, economical version of the PF-1 MK2 power strip. Keeping a similar architecture of the main filter allowed for the same level of protection to the connected devices, while savings in used components lowered its price significantly. Nevertheless the PF-1e is a brilliant device, which will prove itself in each – even very advanced audio-video system.

The PF-1e was resigned from the most expensive components. This does not mean, that GigiWatt used lower quality items or lowered the level of guaranteed safety. The architecture of the main anti-interference filter and the overvoltage protection remained unchanged compared to the PF-1 MK2 strip. Interference is blocked by a RLC filter block. It was built around high quality metalized polyester capacitors with low inductance and an IP (Iron Powder) filtering core. All elements of the filter are mounted using silver solder on a massive PCB with large cross-section traces.

In the power strip we resigned from using traditional protective elements like cartridge or thermal fuses, which have a detrimental influence on the sound as they throttle the current flowing to the protected device. The overvoltage protection of the power strip is based on a cascade of protective elements like plasma spark gaps and new generation of UltraMOV varistors. Working together with a properly made in-wall electrical grid, this setup guarantees a complete protection against overvoltage and overcurrent.

The massive chassis of the power strip is made completely out of metal. It constitutes also a perfectly sealed shield protecting from RFI and EMI interference. In the PF-1e we resigned from the signal LED and the distribution rails. The internal cabling is made from copper conductors with 2.5 QMM diameter. There are six Schuko output sockets. The PF-1e is also available with NEMA 5-20R sockets, used in United States and some Asian countries, as well as Australian type sockets AS/NZS 3112.

The PF-1e has an IEC input socket, which accepts all kinds of power cords. The strip is available in two versions: without cable and with a 1.5m power cord. 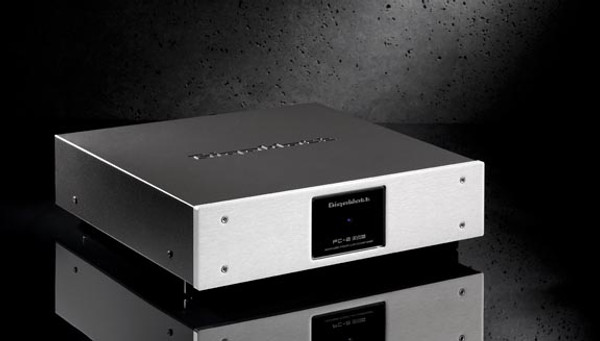 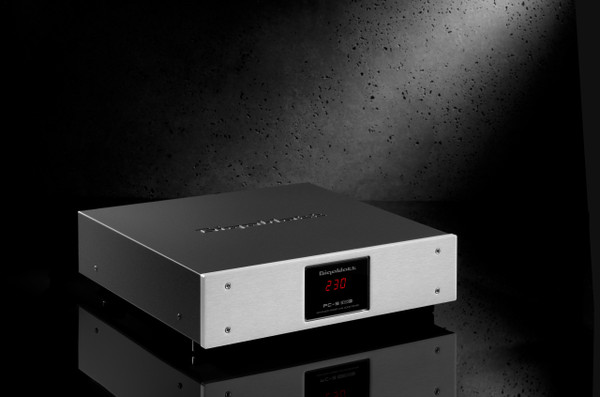 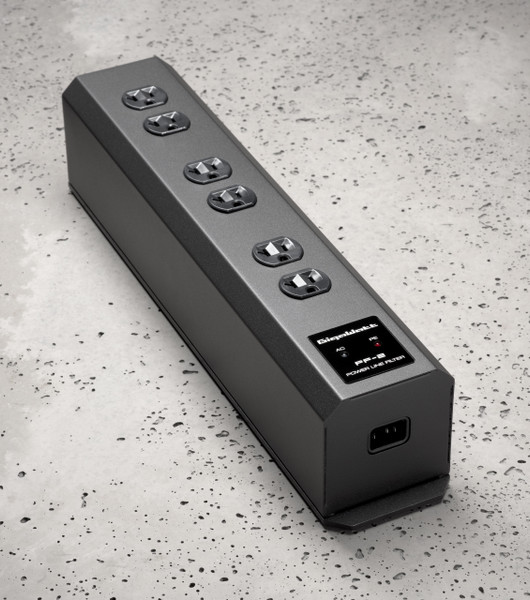 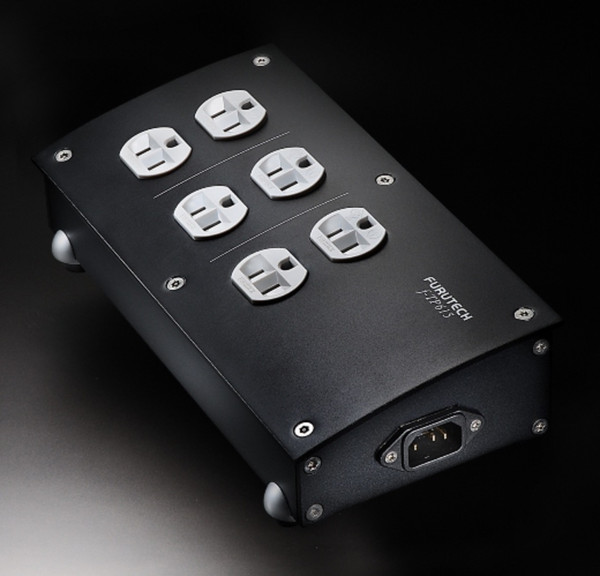